Hokuriku Itinerary for Muslim Travellers (Part 2) No ratings yet.

Hokuriku Itinerary for Muslim Travellers (Part 3) No ratings yet. 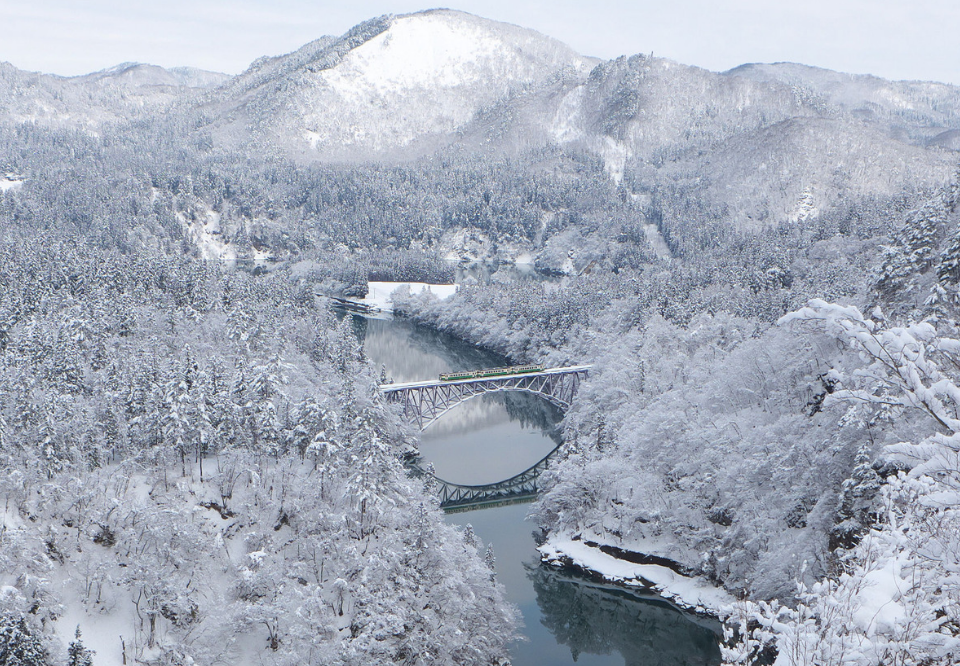 Japan is beautiful in winter, the season where you can enjoy breathtaking snow scenes, as well as a natural phenomenon unique to this time of year. In this article, we introduce the best places to go for spectacular winter views in Japan, some of which are actually the snowiest places on earth.

Proper clothing and footwear are essential when visiting these places. Remember the temperatures can drop far below freezing, the roads can be covered by snow or get icy, strong winds can be bone-chilling, not to mention the snowstorms. Hence, it is also important to check the weather forecast and plan your trip in advance, it is always better to have a backup plan too! 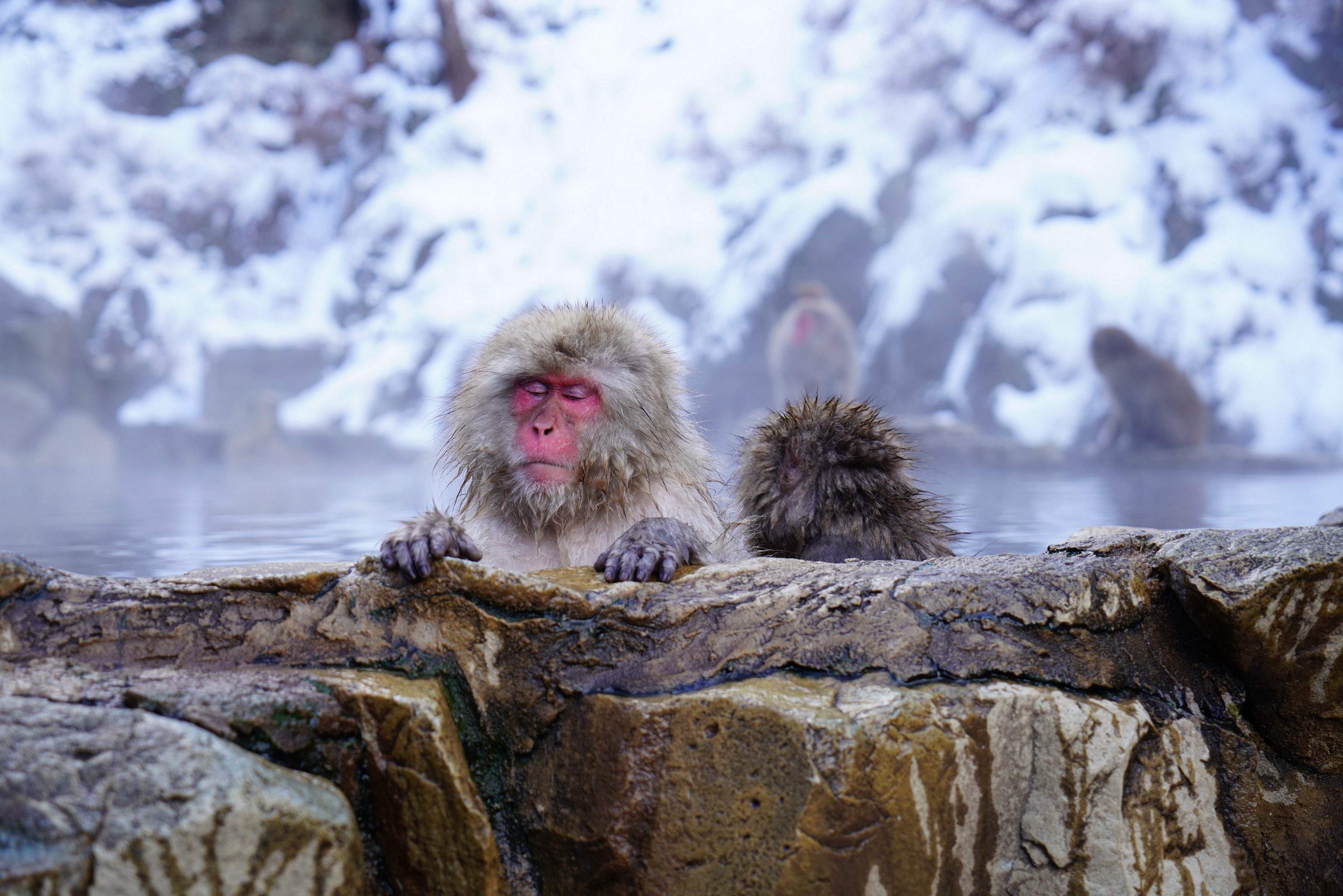 Speaking about amazing winter views in Japan, who could ever miss the snow monkeys at the Jigokudani Monkey Park? Cold and snowy winters in this part of Japan have caused the monkeys to develop a habit of taking hot spring baths – it is an endearing scene to see, also the reason why the park is a must-go for many who visit Japan in the winter.

It is always interesting to witness how these monkeys behave just like humans sometimes, for example scratching each other’s back, having snowball fights, and you might even see baby monkeys bathing with their parents! But note the number of monkeys you see varies from time to time (sometimes there is none!) because they come and go freely. To avoid disappointment, it is recommended that you check the webcam on the park’s website before going.

Access: From the East Exit of Nagano Station 長野駅 on the Hokuriku Shinkansen, take the Shiga Kogen-bound 志賀高原行き express bus to the Snow Monkey Park スノーモンキーパーク stop and walk for 35 minutes. 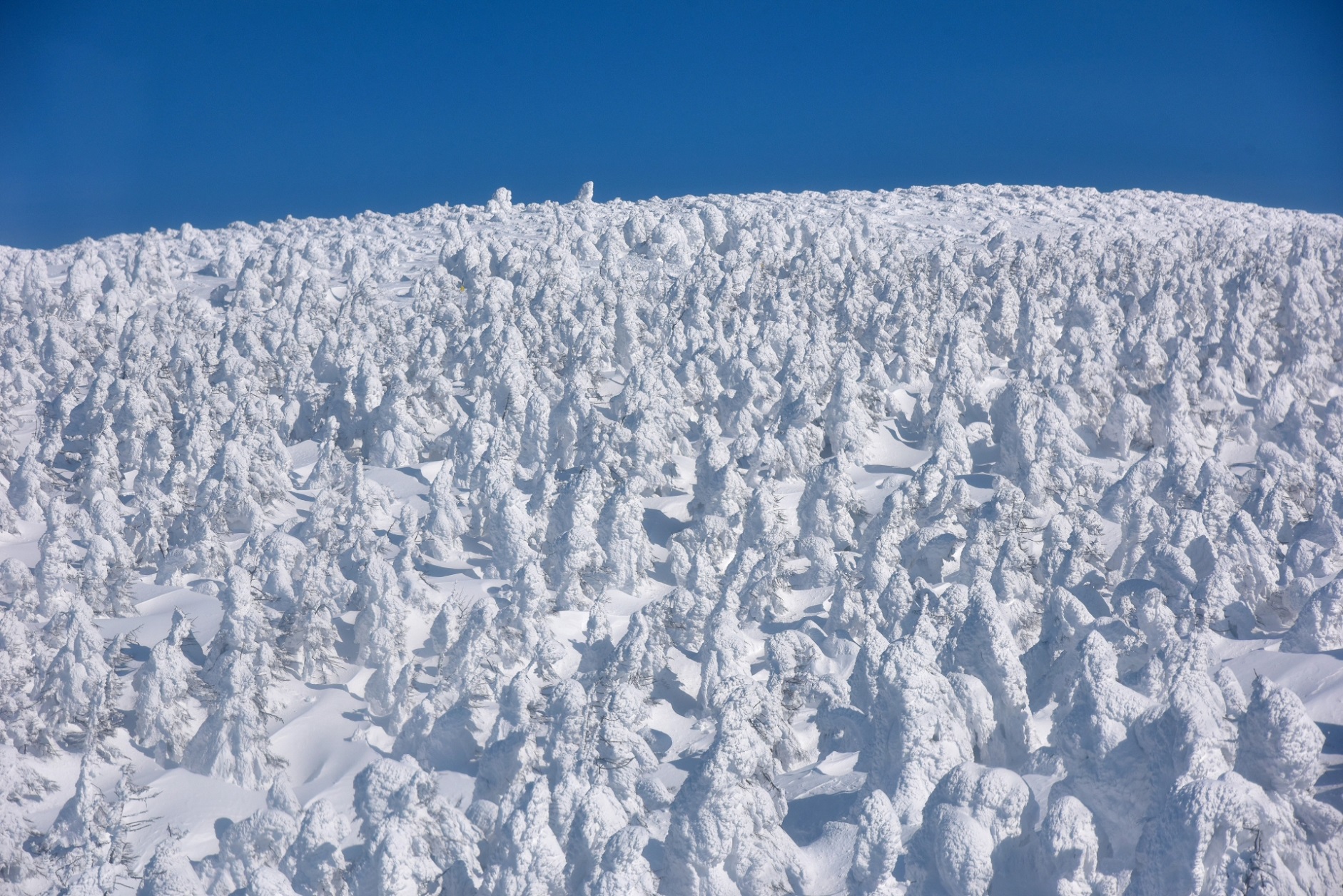 Known as juhyo in Japanese, this bizarre yet awe-inspiring scene is the symbol of Mount Zao’s harsh winter conditions, whereby strong winds cause the ice and snow to build up on the fir trees and giving them the appearance of unusually-shaped snow giants.

The rare sight can be admired at the ski resorts around Mount Zao, where you can ski, snowboard, or simply walk amongst the juhyo. Among the famous spots are Zao Onsen Ski Resort in Yamagata, and Sumikawa Snow Park in the Zao Town of Miyagi. The annual Juhyo Light-up Event is another way to enjoy the snow monsters. The event takes place at Zao Onsen from 5 pm to 9 pm on selected dates between December and March.

Access: By bus from the East Exit of Yamagata station 山形駅 on the Yamagata Shinkansen, get off at Zao Onsen Bus Terminal 蔵王温泉バスターミナル, then take the ropeway to Jizo Sancho Station. 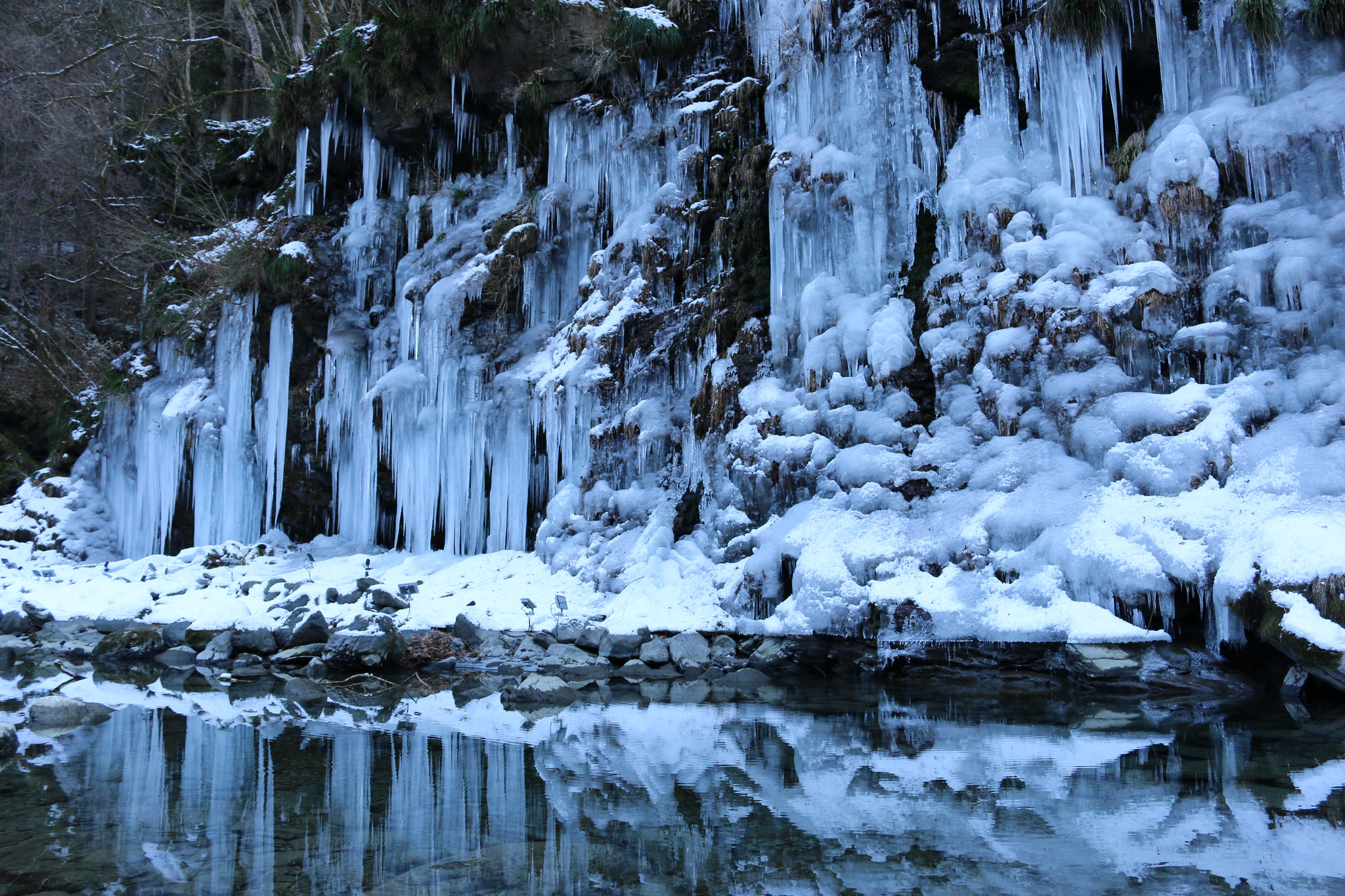 A famous winter sight in Okuchichibu (inner Chichibu), where water trickling down the rock surface freezes and grows larger over time to form a collection of beautiful icicles. This nature’s work of art is formed when the temperature is below freezing, so the colder the winter is the bigger and longer the icicles get. It is one of the winter phenomena worth checking out in the Kanto region.

The icicles are lit up colourfully in the evenings during the peak season between mid-January and mid-February. The illumination lasts from 5 PM to 7 PM on weekdays, and from 5 PM to 9 PM on weekends and public holidays. 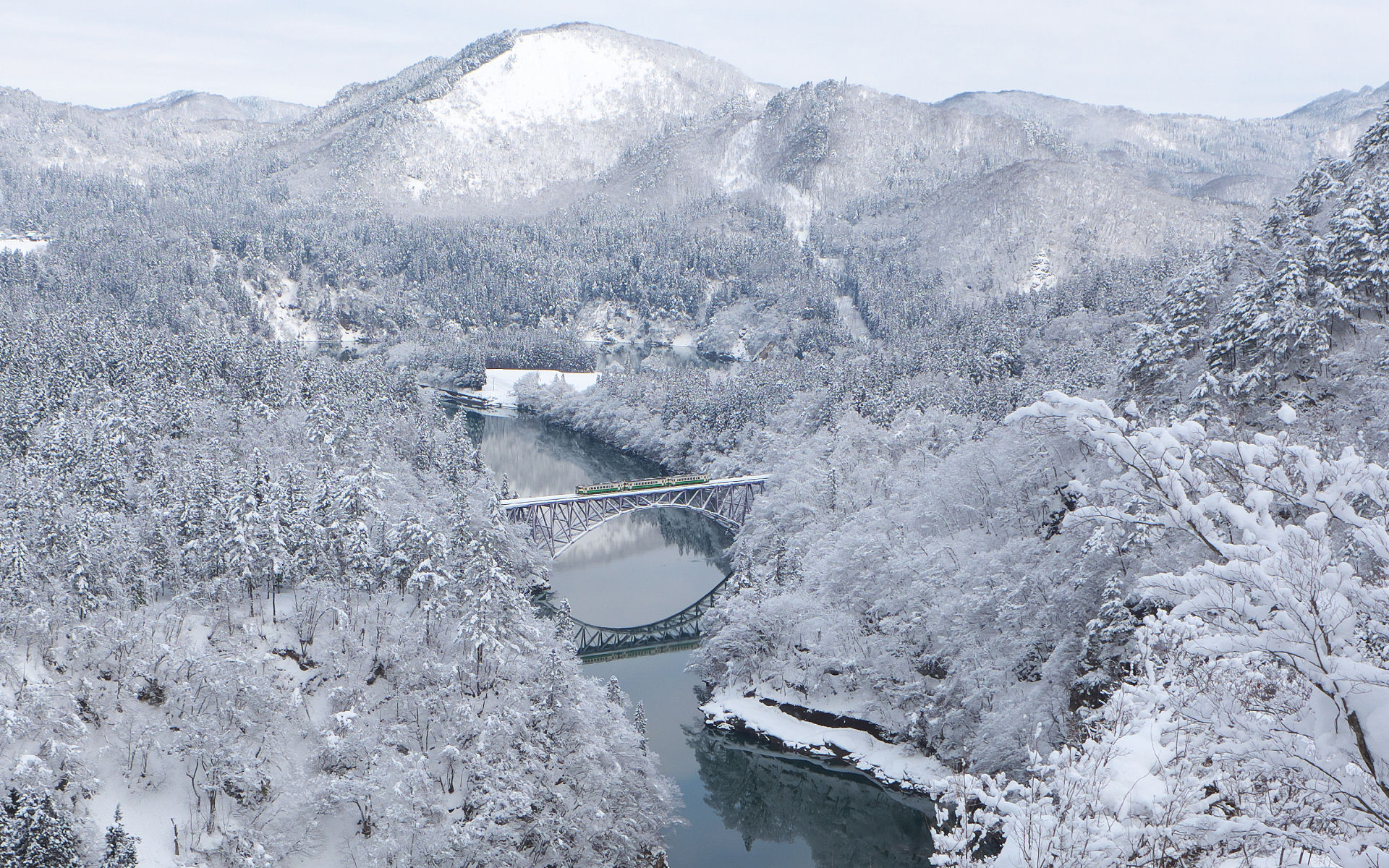 The JR Tadami Line that runs through the picturesque landscapes of the Tohoku region is a great way to enjoy the breathtaking scenery of Japan’s deep north, which transforms into a winter wonderland during the snow season every year due to heavy snowfall.

Besides enjoying the scenic views in the heated comfort of the train, another popular thing to do as a passenger taking the local train line is to go to the viewpoint of the First Tadami River Bridge where the classic image of JR Tadami Line is taken. The fantastic views of the 174 m iron arch bridge surrounded by snow-covered forests are not just photo worthy, they also worth the time and effort to get here.

Access: From Aizu-Miyashita Station 会津宮下駅 on the Tadami Line, take the commuter bus to Mishima-juku Roadside Station 道の駅尾瀬街道三島宿, from which the viewpoint is a 10-minute walk away.

Note there is only one bus departing for the roadside station a day, while the two buses heading to Aizu-Miyashita station require reservations. Alternatively, Mishima-juku is a 10-minute taxi ride from the train station. More info on the buses: http://www.mishima-kankou.net/20160129-2/ 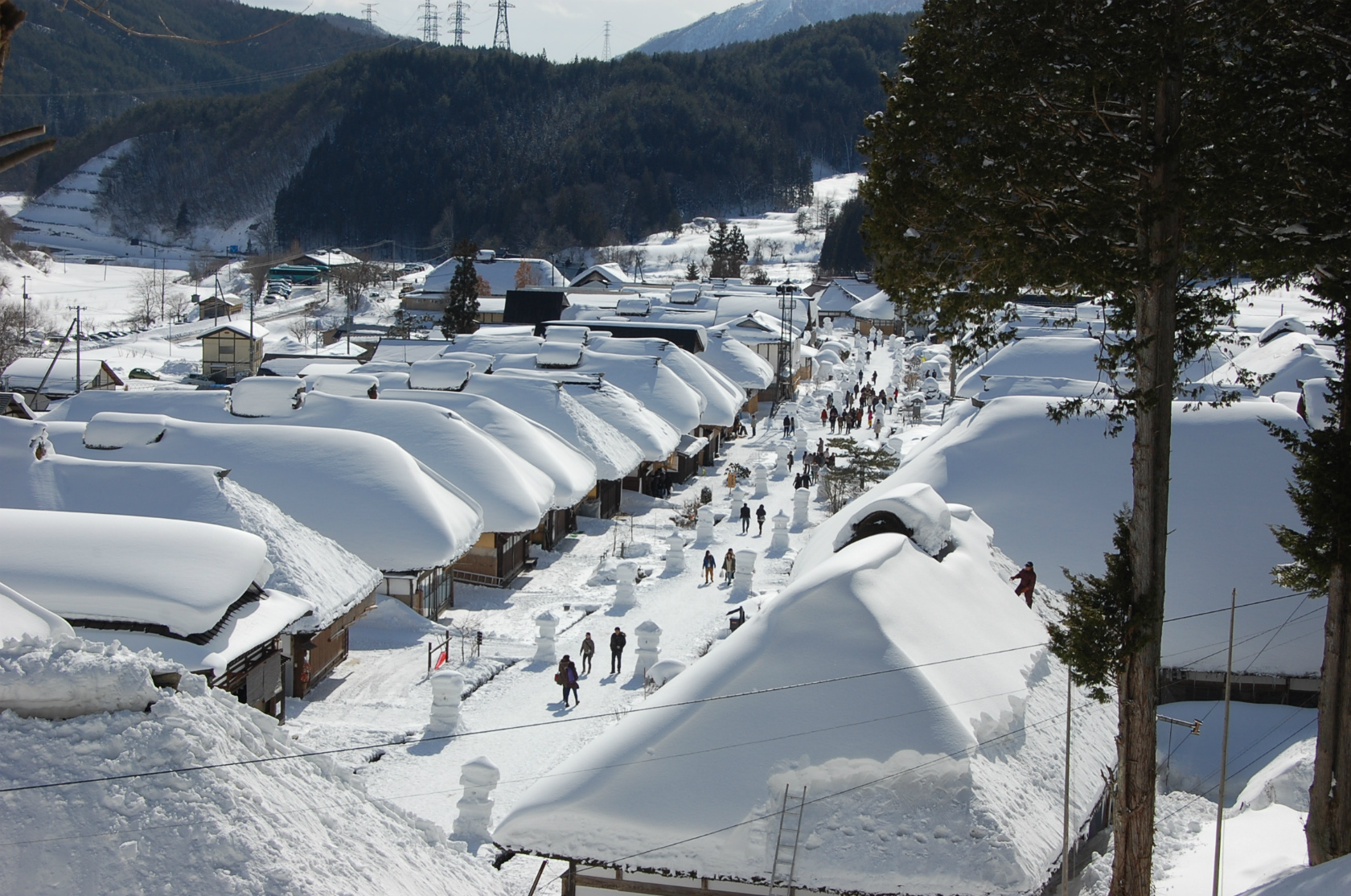 A former post town which provided travellers with food, accommodations and supplies, Ouchijuku is a popular tourist spot which still looks and feels the way it did back in the olden days. Comes winter, it turns into a snow wonderland with a touch of Edo-period charm, with its trademark thatched roof houses and surroundings are covered with a thick layer of snow.

The Ouchijuku Snow Festival is held on the second Saturday and Sunday of February each year with interesting events such as soba eating contest, fireworks, and local cultural performances. Snow-made lanterns and igloos are also seen lining the main street, the warm glow they emit makes the village to look even more magical at night.

Access: Ouchijuku is about 15 minutes by taxi from Yunokami Onsen Station 湯野上温泉, which is accessible via the Aizu Line 会津線 from Aizu-Wakamatsu Station 会津若松駅. (Tip: If you are travelling on the Tadami Line mentioned above, you can easily include Ouchijuku on the same itinerary) 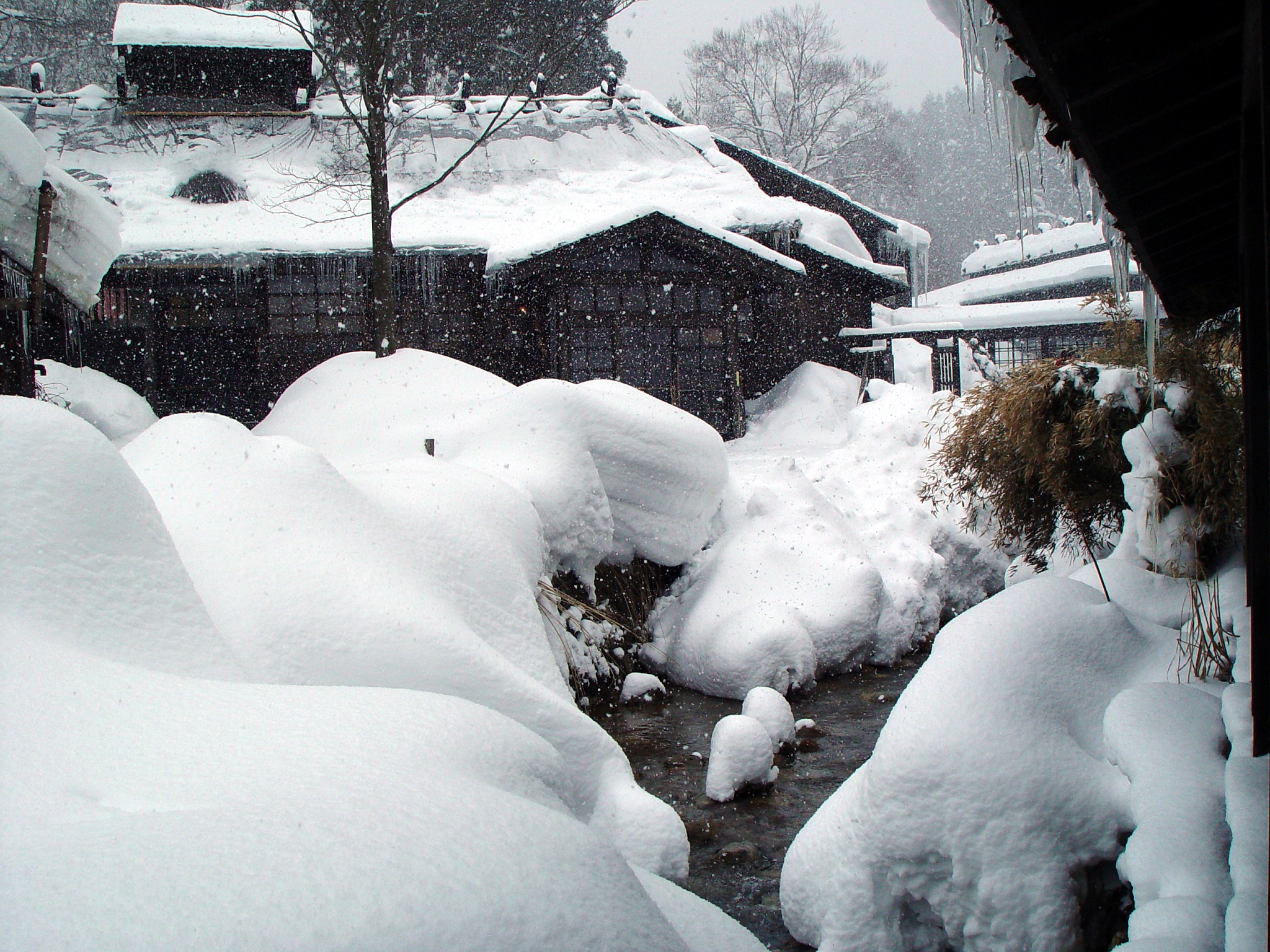 About an hour’s bus ride from Tazawako, Japan’s deepest lake, Nyuto Onsen is a quaint and rustic onsen village sitting in the mountains of the Snow Country. During the winter months, it gets a lot of snow for sure, and it attracts a lot of tourists too – a dip in a steaming bath surrounded by pristine snow is always an enjoyment to have.

There are seven hot spring inns in the area, each of them offering different types of baths with a different variety of spring water. If you are staying at one of the ryokans, you can consider getting the Yumeguri-cho pass booklet which gives you entrance to the baths of all seven facilities in the village, as well as unlimited ride on the shuttle bus that connects the inns.

Access: From Tazawako Station 田沢湖駅 on the Akita Shinkansen, take the Nyuto Line bus 乳頭線 and get off at the bus stop near the ryokan you want to go. Some ryokan provides shuttle service to their guests; please enquire about it when making a room reservation.