Hokuriku Itinerary for Muslim Travellers (Part 1) No ratings yet.

Hokuriku Itinerary for Muslim Travellers (Part 2) No ratings yet. 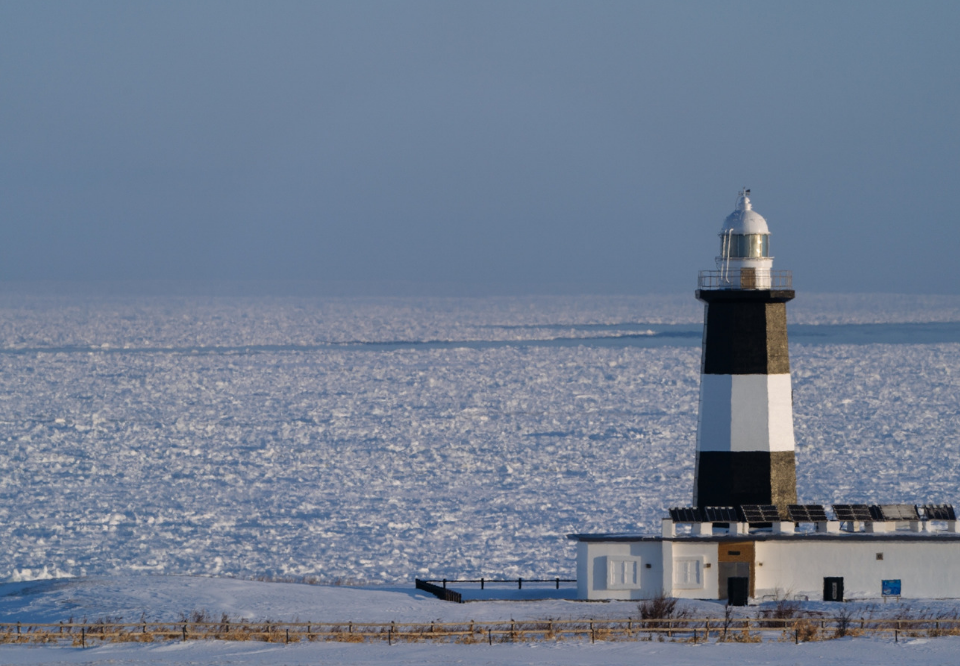 It’s wintertime! Winter in Japan is cold and it can mean a great deal of snow too. At the same time, it is also beautiful with some spectacular scenery which you can only see during this time of year, from snow-covered landscapes to natural phenomenon that will leave you amazed at the power of nature.

In this article, we bring you a list of places to go for amazing winter views in Japan. Find out why people love these attractions and consider including a few of them if you are planning on visiting Japan during the winter months. 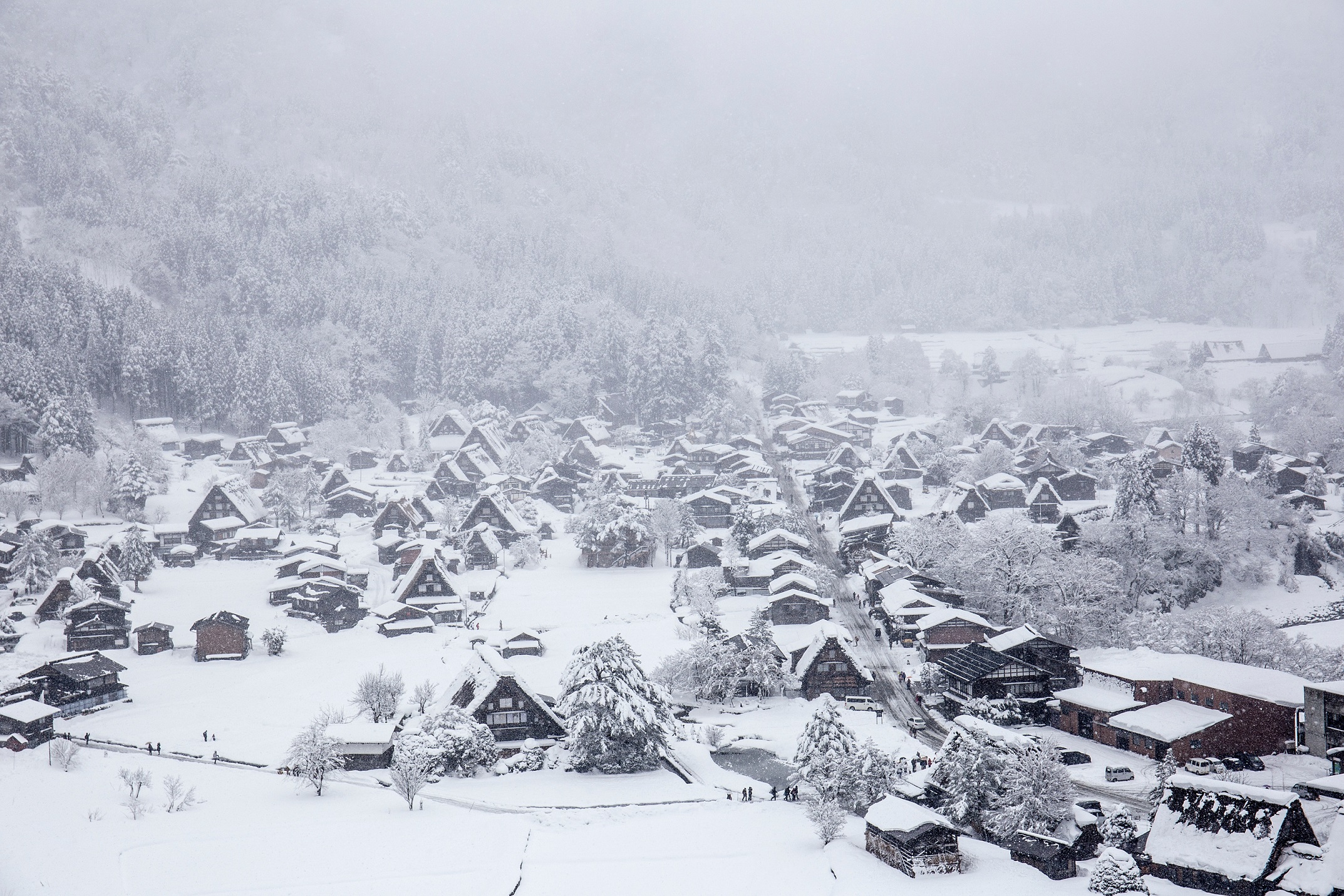 In winter, heavy snowfall transforms this UNESCO World Heritage into a silvery white world. Covered with thick snow, the entire village looks like a place from a fairy tale picture book, where its signature thatched-roofed gassho-zukuri buildings even take on the appearance of gingerbread houses with a layer of icing on top.

The farmhouses and surrounding grounds are lit-up elegantly during the special light-up events which are held on selected days in January and February. Advanced reservations are required to take part in the illumination, which you can make through bus companies or travel agencies. 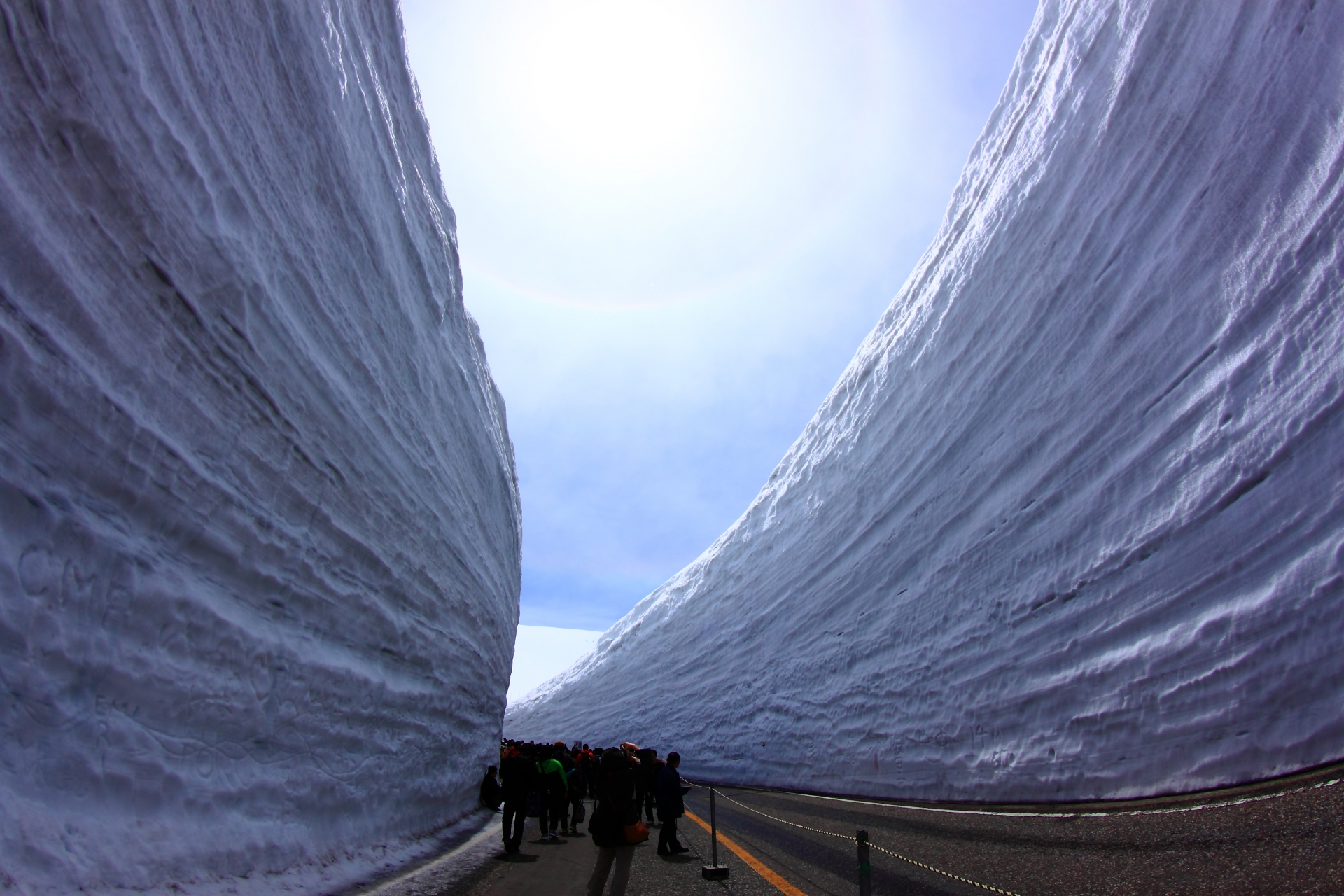 Stunning scenery to see in spring instead of winter. Known as the Great Snow Valley, the snow walls are actually the result of snow cutters carved through the snow accumulated on the road during the winter so that traffic can pass through again. In the process, they use GPS to find where the road is because it is deeply buried under the snow.

With height that can reach about 20 metres, the snow walls look especially beautiful on a clear day when the sky is blue and the snow-capped Japanese Alps are visible between the walls. 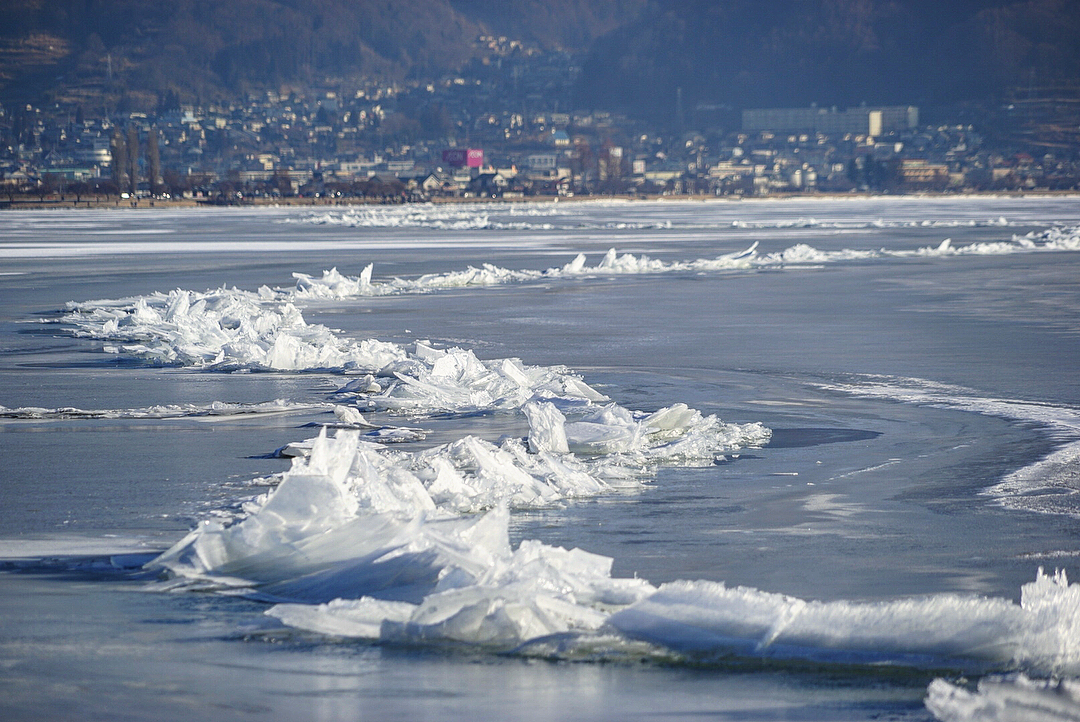 A winter sight made famous by Lake Suwa, this natural phenomenon occurs when the ice on the lake’s surface repeatedly expands and contracts as the temperature swings between day and night, causing the cracked ice shards to protrude from the surface. It is called the god’s crossing or omiwatari in Japanese because according to local legend, it is resulted from a god travelling to the other side of the lake to meet his lover.

A symbol of severe cold winters, the frequency of the phenomenon occurring has dropped these days due to global warming, so consider yourself very lucky if you get to see it when visiting the area in winter! (Note: walking on the ice is forbidden) 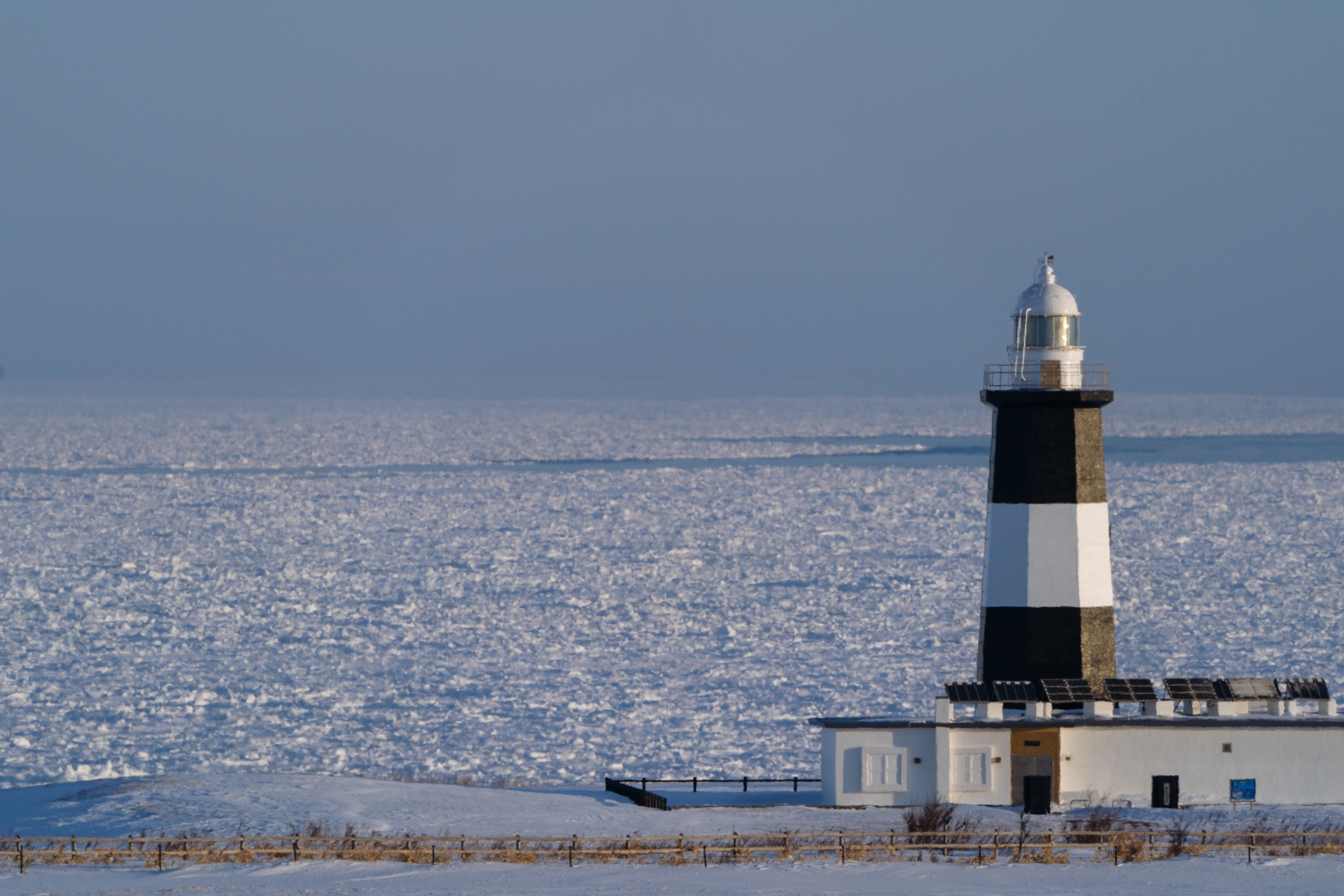 A unique sight you can only catch in Hokkaido, where the sea appears to be covered with chunky ice floes. Hokkaido is actually the southernmost point in the northern hemisphere to see drift ice, which travels all the way from the north to the eastern coast of Hokkaido through the Sea of Okhotsk. As such, the phenomenon can be observed in the Okhotsk Sea facing cities such as Abashiri, Monbetsu, Utoro and Shiretoko.

You can see the drift ice easily from the shore or at the harbour. Otherwise, you can board one of the icebreaker ships and enjoy a cruise through the ice, or join a walking tour where not only you can walk on the ice but also swim in the icy sea! 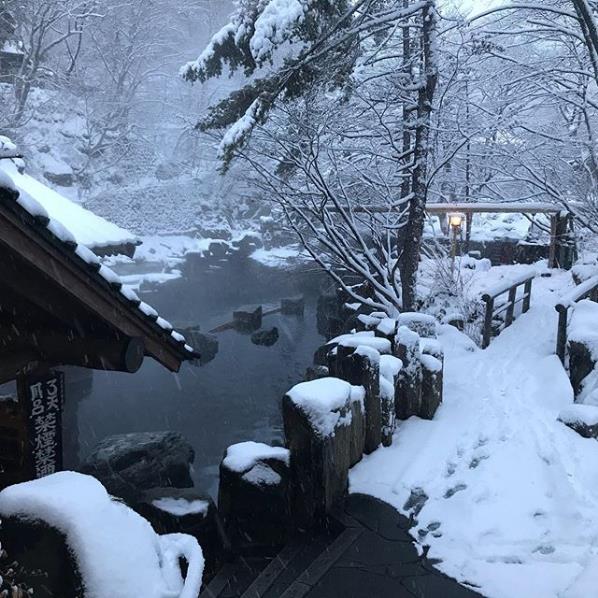 This riverside onsen ryokan is famous for its open-air baths with beautiful views of the changing seasons. The area receives a lot of snowfall in the winter, which makes it a popular destination for “yukimiburo” – an extraordinary onsen experience where one enjoys the snow scene while soaking in an open-air bath.

Besides staying overnight, tourists can also visit Takaragawa Onsen for a day trip and use the baths here (fee: 1,500 yen). The food is another highlight, and not to be missed if you are interested in trying local cooking that features seasonal ingredients from the mountain such as mushrooms, vegetables, and river fish. 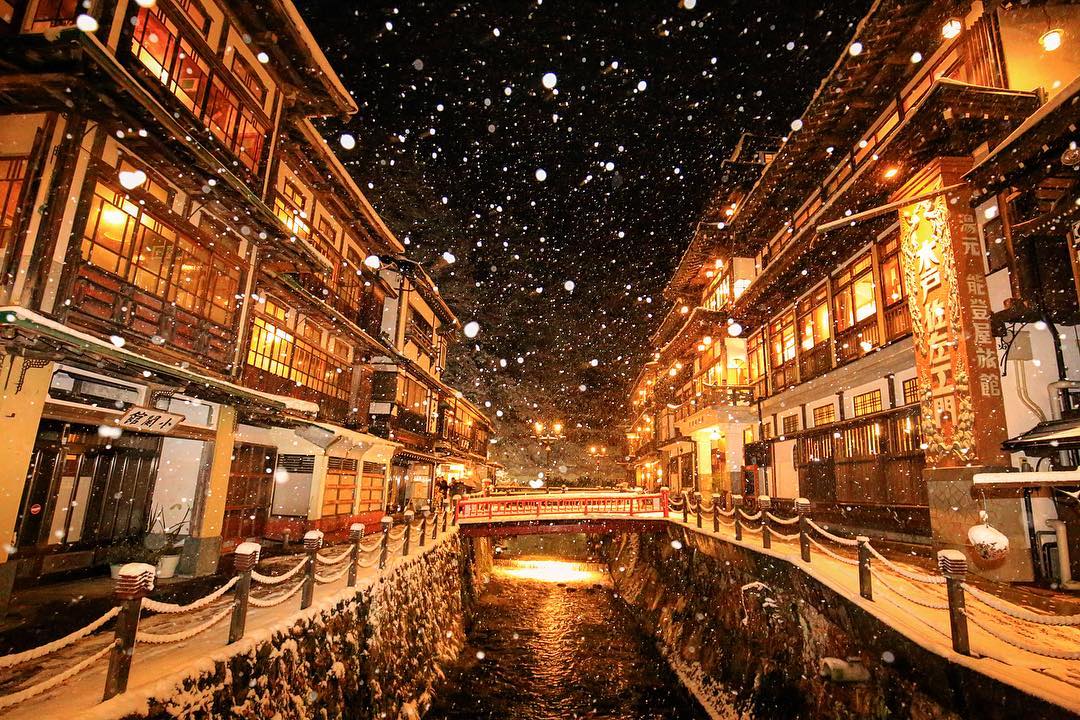 Dubbed as the most beautiful onsen town in Japan, Ginzan Onsen is known for its townscape that evokes a sense of nostalgia – traditional inns on both sides of the river, and retro gas lamps which light up to give the place a romantic atmosphere in the evenings. In winter, the town becomes all the more captivating in snow, the reason why winter is the high season at Ginzan Onsen despite the cold.

Nevertheless, it also means you can indulge in hearty ryokan meal, warm sake, comfy kotatsu, and heated futon, not forgetting a relaxing dip in a rotenburo while watching the snow. After all, onsen is one of the must-dos when visiting Japan in the winter.

Access: From Oishida Station 大石田駅 on the Yamagata Shinkansen, take a bus heading to Ginzan Onsen and alight at Ginzan Onsen stop. Shuttle service from the train station is also available to the ryokan guests on request.