10 things for you to do in Nagasaki

Don’t miss out Rotenburo, the outdoor onsen one should try! No ratings yet.

Sapporo Kanihonke Crab, a Japanese seafood experience in Nagoya No ratings yet. 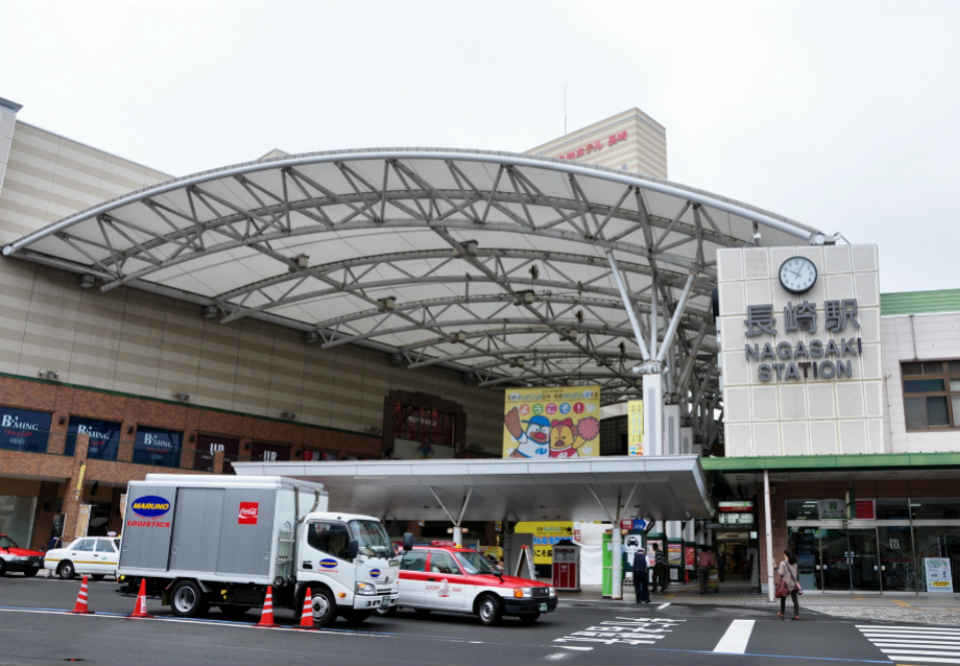 10 things for you to do in Nagasaki
No ratings yet.
Tags: destinations • gourmet • historicalsites • kyushu • museums • nagasaki •

Nagasaki is the capital and largest city of Nagasaki Prefecture on Kyushu Island. It is also the second city that the US Army Air Force bombed after Hiroshima towards the end of World War II. Besides that, during Japan’s period of isolation, Nagasaki played an important role in foreign trade relations with other countries for many centuries. 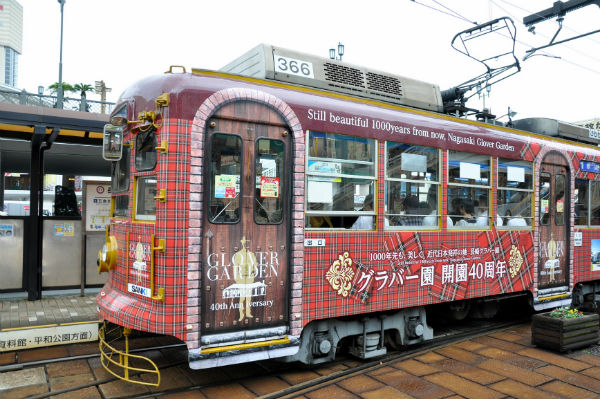 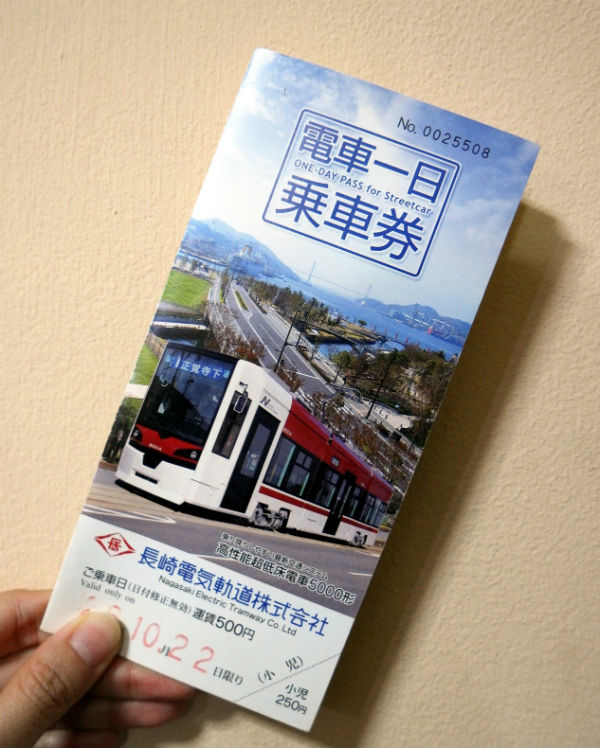 Made of eggs, sugar, syrup and flour, castella is a square-shaped light Japanese sponge cake introduced by Portuguese missionaries who came to Japan around the 16th century. Fluffy, light and sugary, it is a perfect snack for afternoon tea. I had my cake from Bunmeido, one of the famous castella shops in Nagasaki. 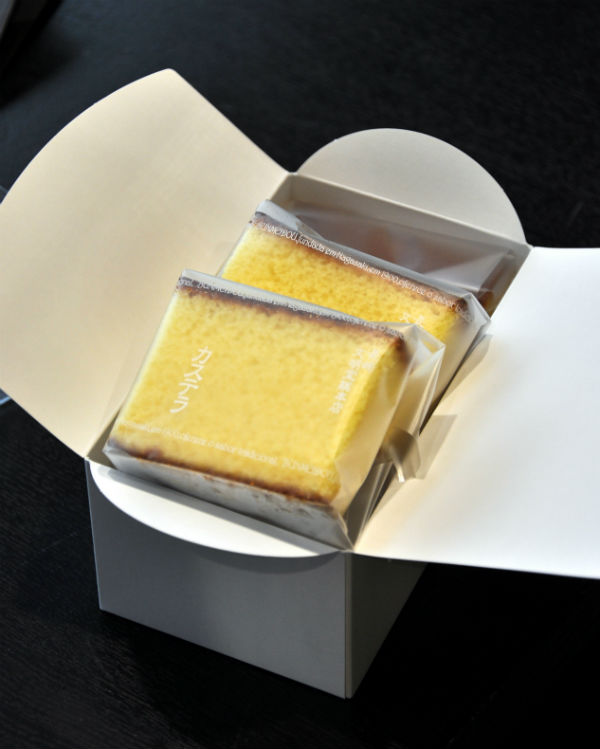 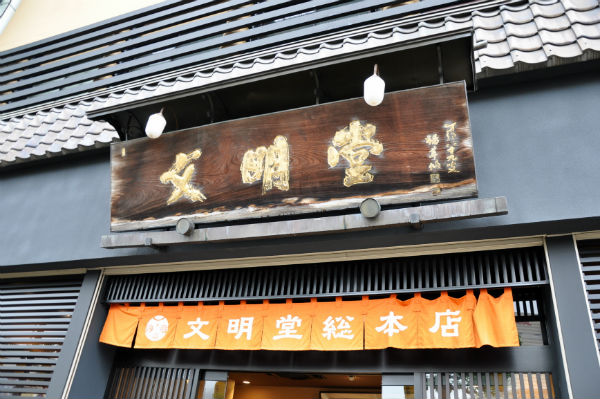 Looking for fresh seafood, vegetables, fruits, or dried ingredients? Find them at this shopping street. 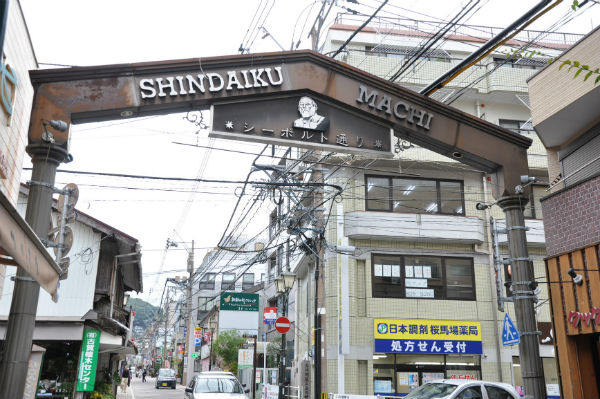 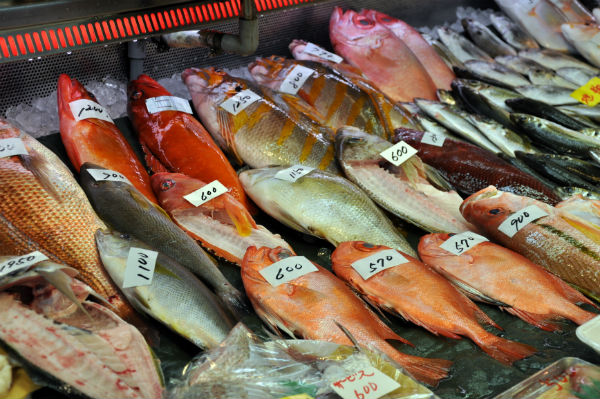 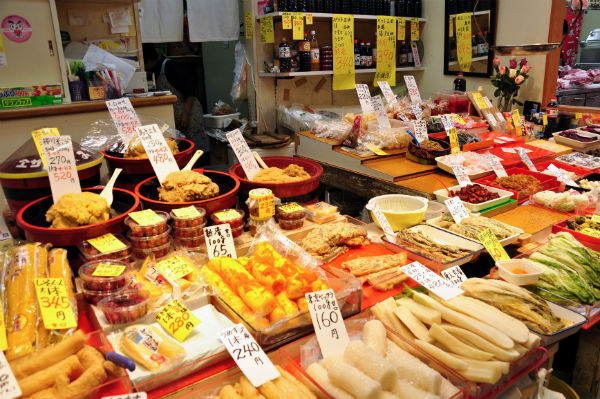 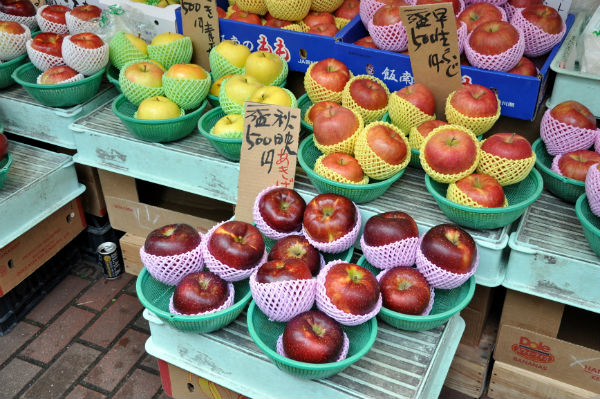 How to get here:
From the Suwajinja-Mae Station (Line 5), cross the river, turn left immediately and go straight. You will see a Shidaiku Machi and Siebold-dori arch on your right. It takes about 1-minute to get there.

Meganebashi Bridge is also known as the “spectacles bridge”. Constructed in 1634 by the Chinese Zen priest Mozi from Kofukuji Temple, it is the oldest stone arch bridge in Japan. At a certain hour of the day with perfect lighting, the bridge will look like a pair of spectacles when it is reflected in the river. 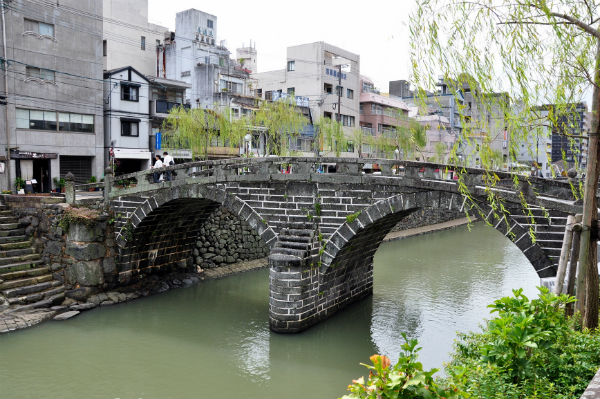 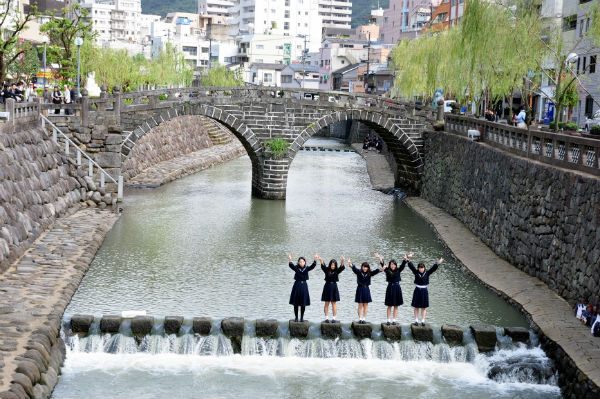 4. Immerse yourselves in Nagasaki’s Chinatown

Experience Chinese culture in Shinchi Chinatown, one of the three largest Chinatowns in Japan alongside the one in Yokohama and Kobe. It is Japan’s oldest Chinatown as it was established around the 17th Century, where Nagasaki’s port remained as the country’s only major port opened to Chinese trade during the era of isolation. Today, it is a popular sightseeing spot and a well-known place for noodle dishes, namely champon and sara udon. You may find food like “xiu long bao” and Chinese “bao” here, which are delicious Chinese steamed buns with meat filling. I wasn’t hungry when I was here, so I did not try out the local dishes. 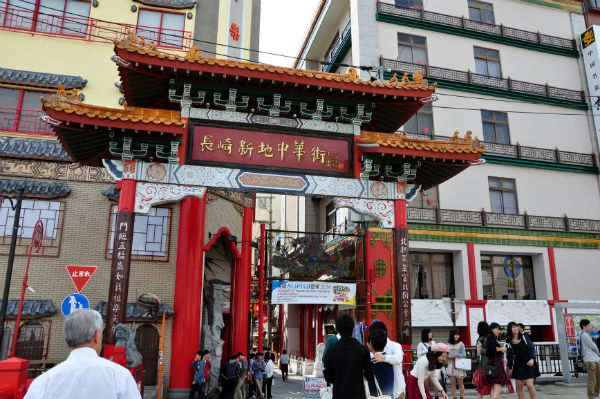 How to get here:
Take the streetcar or tram to Tsukimachi tram stop (#31) on Line 1 or 5. Nagasaki’s Chinatown is a short walk from tram stop.

5. Check out the Old Chinese Quarter in Nagasaki

Just a stone throw away from Chinatown, there is a compound where the Chinese used to reside back in the 16th Century. Here, you can find the Tojin Yashiki which is a compound built for Chinese who came to Nagasaki. Back then, there were only two houses where 2000 Chinese people could live. Due to the increase of smuggling cases during those days, the military government decided to limit places where Chinese merchants could settle and hence built mansions in Tojin Yashiki. Nowadays, you can find residences such as Dojin-do, kannon-do, Tenjo-do, and Fukken house which were renovated during the Meiji era. 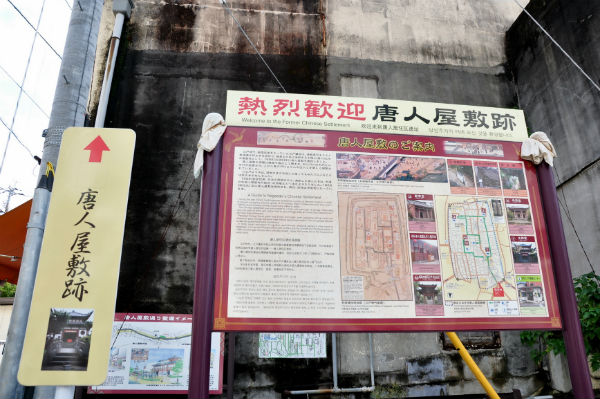 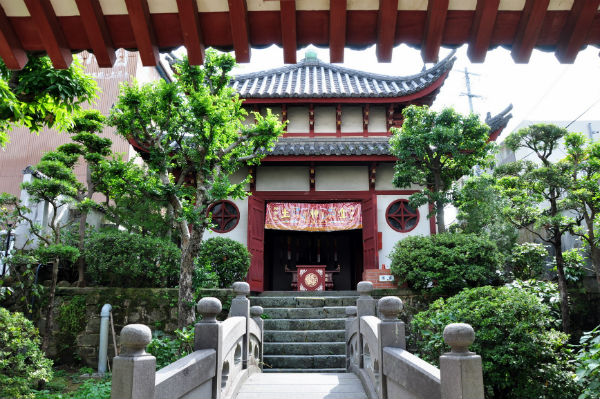 Also known as Oranda Zaka or the Dutch slope, this slope refers to the steep street of this hillside residential area. The people of Nagasaki refer to non-Asians as “Hollanders” due to the influence of Dutch who lived in Dejima. 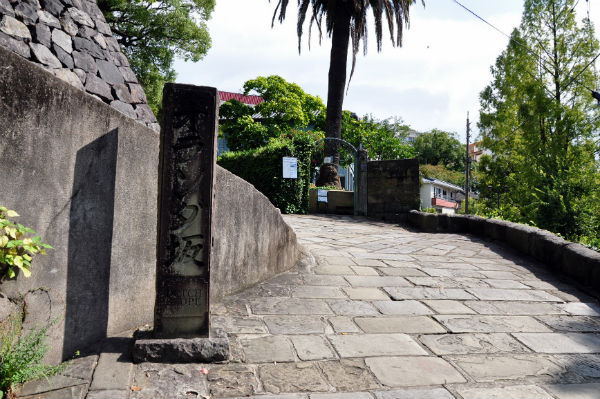 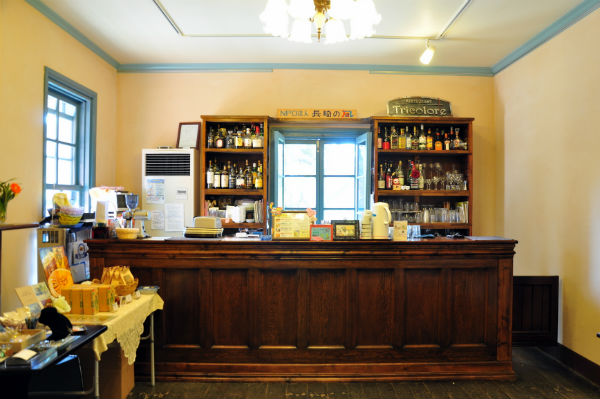 A stone throw away from the Hollander Slope is the Higashiyama Shika Higashikanban, a blue colour western-style house with a café and a beautiful open-air place to sit down.

How to get here:

7. Immerse into the history of olden days

Dejima 出島 was a fan shape manmade island in the port of Nagasaki. It played an important role in the modernization of Japan. Constructed to separate the Portuguese residents from the Japanese during the Edo period, this place was also the residential quarters of the Dutch during the isolation period. 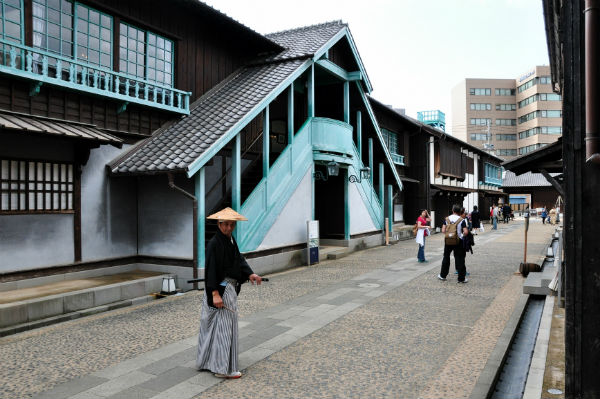 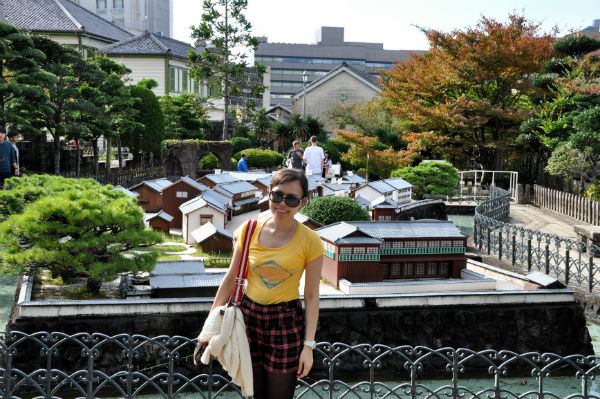 Behind me was a miniature model of Dejima at about the scale of 1 to 15.

The Nagasaki Peace Park memorializes the atomic bombing of Nagasaki on August 9, 1945 during the World War II. This park is the home for the Peace Statue and other memorials. 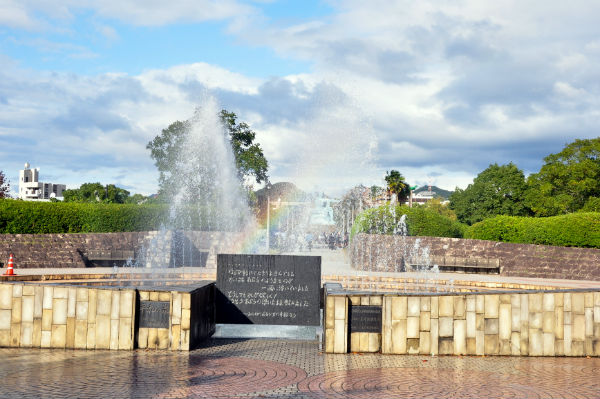 This fountain was constructed for perished atomic bomb victims who were searching for water with their burnt bodies. 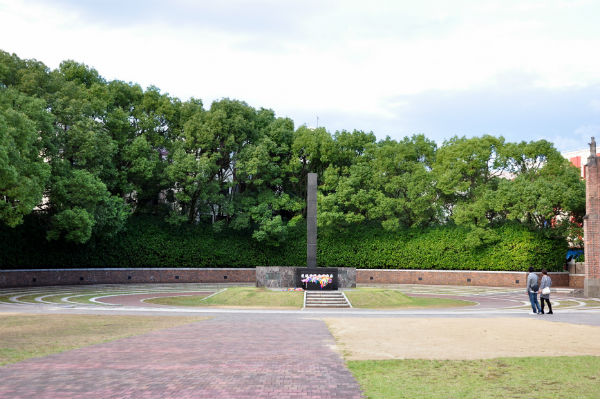 How to get here:
Take the streetcar or tram to Matsuyamamachi stop on Line 1 or 3.

You can learn about the history of the bombing of Nagasaki here. The museum exhibits the scene of war, the dropping of atomic bomb, the reconstruction of Nagasaki, and how it became the city it is today. 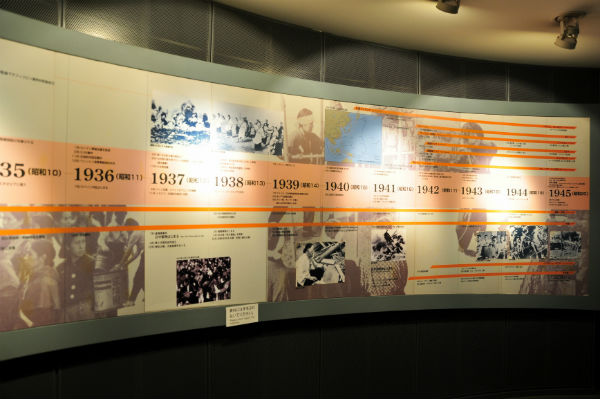 Mount Inasa or Inasayama is a 333 meters high mountain. The night view here is ranked as one of the best three night views in Japan besides the views from Mount Hakodate and Mount Rokko. The ropeway takes about 5 minutes from Ropeway Fuchi Jinja Station to Ropeway Inasadake Station. 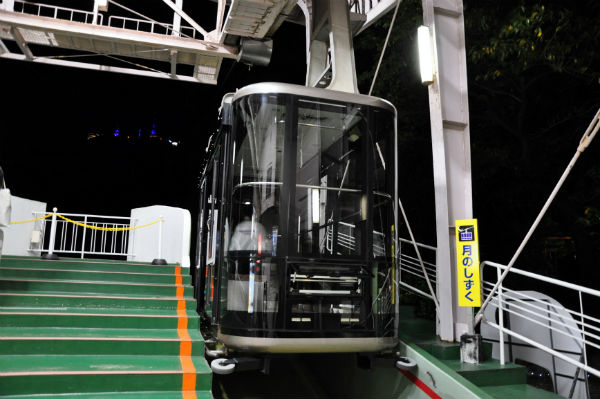 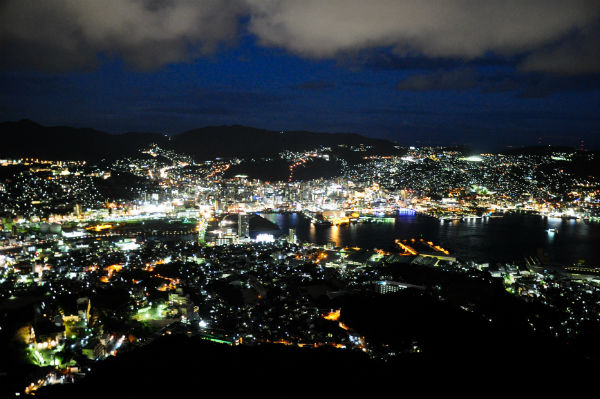 How to get here:
From Nagasaki Peace Park, board the streetcar at Matsuyamamachi, transfer at Takaramachi to the Nagasaki Bus No. 3 or No. 4 for Shimo-Ohashi, Koebaru, or Aigawa. It takes about 5 minutes to Ropeway-Mae bus stop and the Mount Inasa is about 2 minutes’ walk to the station.

Fee: ¥ 1230 for round trip, ¥ 720 for one way (from Ropeway Fuchi Jinja Station to Ropeway Inasadake Station)

In short, Nagasaki has more than it meets the eye. Do drop by to look around this historical city and discover their hidden gems! 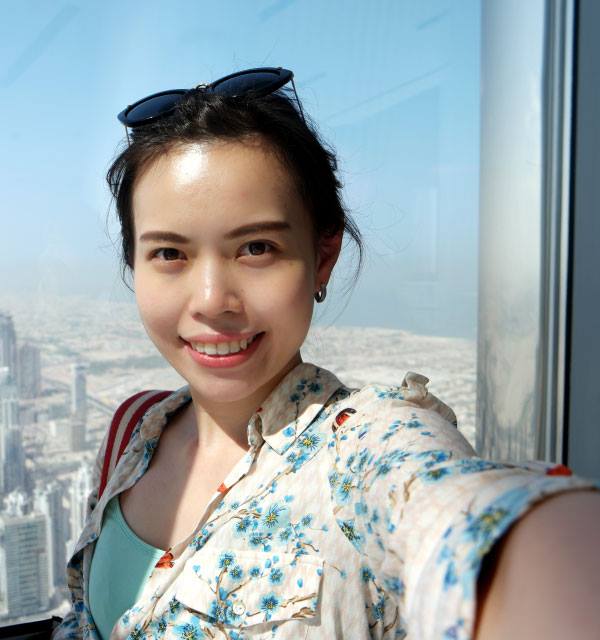 A girl who has wanderlust and love travel very much. She deeply falls in love with Japan ever since she stepped onto the "land of rising sun" in year 2002. She always wishes to explore more about Japan; the beauty of its art and culture, people and spirit, food and language. She finds that every prefecture in Japan is very unique and different from one another and always has a dream to visit all 47 prefectures in Japan.