Away from Tokyo: 2 Days 1 Night at Kamakura and Enoshima No ratings yet.

Explore Interesting Museums in Saitama No ratings yet. 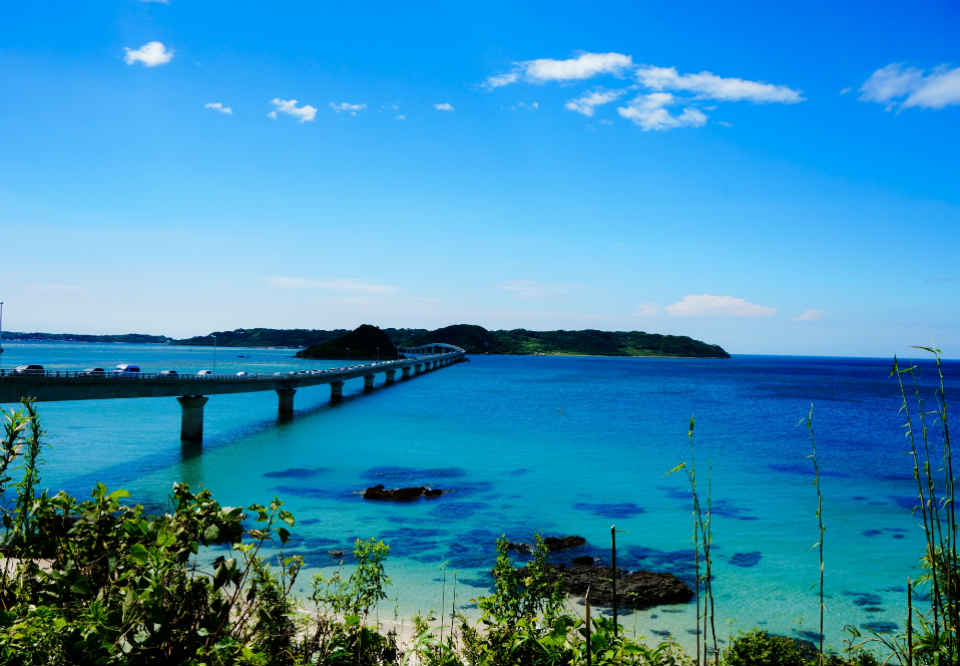 Located on the westernmost tip of Honshu facing the island of Kyushu, this place offers a number of wonderful attractions from historical sites, fantastic ocean views, bustling port city to geological wonders not commonly seen in Japan. In this article, I listed down 10 places and 10 experiences worth having when visiting Yamaguchi.

1. Take a stroll around Ruriko-ji 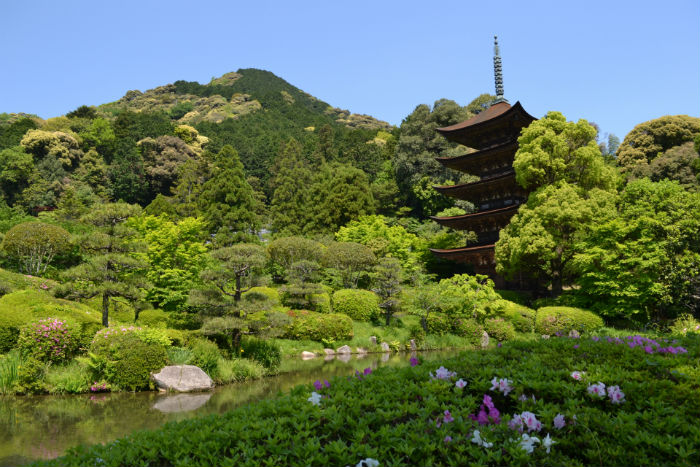 Ruriko-ji 瑠璃光寺 is a Buddhist temple in Yamaguchi City known for its national treasure: a five-storey pagoda built in 1442 that is one of the oldest in Japan. The structure is constructed entirely out of wood and is surrounded by mountain and trees; it looks beautiful no matter what season it is. 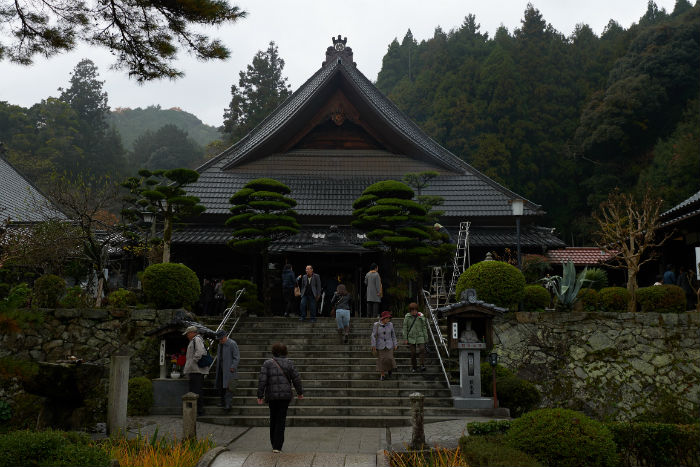 The entire grounds of Ruriko-ji are known as Kozan Park 香山公園. Besides the temple’s main hall, other notable structures inside the park include the Chinryutei Teahouse and the burial site of Mori Takachika, the 13th daimyo of Choshu Domain who played an active role in the Meiji Restoration.

Leading up to the grave site is the uguisubari (nightingale) pavement that emits an echo when you clap your hands or stomp your feet. Such flooring is called uguisu (Japanese bush warbler) because the echo emitted sounds similar to the chirping of a bird.

Access: Take a bus from the Shin-Yamaguchi Station to the Kencho-mae 県庁前 bus stop (30 minutes) and walk 10 minutes to Ruriko-ji. 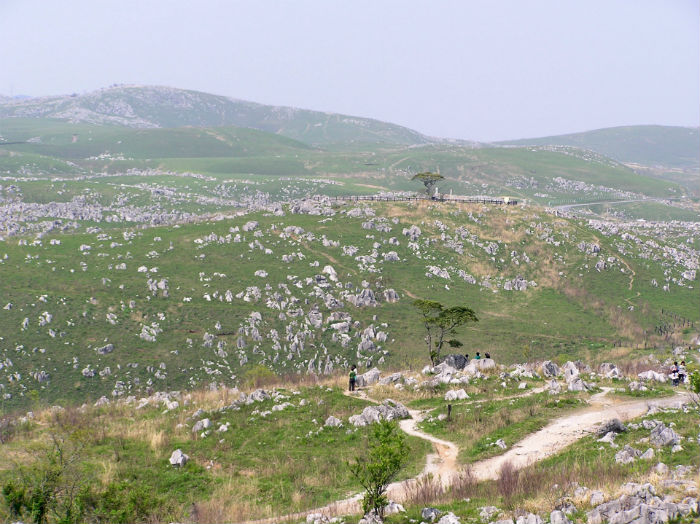 The Akiyoshidai 秋吉台 area was a coral reef 300 million years ago but due to geological activities, it was pushed up to the surface. Exposed to the erosion of rain and wind over the years, it became the topography we see today. On the surface, it appears to be rolling hills dotted with spectacular karst formations, yet below there are numerous limestone caves. It comes in different shapes and sizes, including the largest and longest cave in the country – Akiyoshido 秋芳洞. 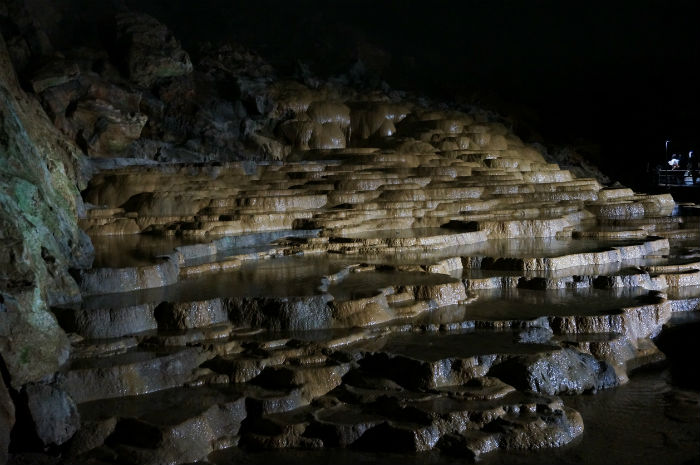 You could enjoy the natural beauty of Akiyoshidai by taking one of the many walking trails that cover the plateau, or head to the observation deck for an unobstructed view over the landscape. About 1-kilometre out of the total 9-kilometres length of this cave is open to visitors – with various interesting features such as the “Gold Column” stalactite and the “Hundred Plates” terraces. The temperature inside the cave is about 17 degrees Celsius all year round.

3. Walk over the Kintaikyo Bridge 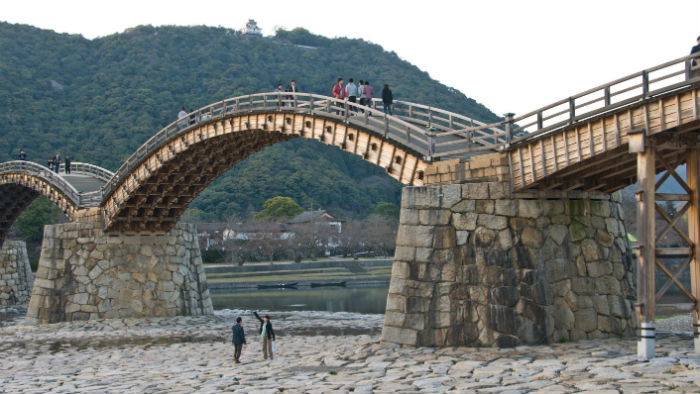 Located in Iwakuni city, Kintaikyo Bridge 錦帯橋 is one of the most famous bridges in Japan. Standing on the banks of Nishikawa River, the bridge consists of five wooden arches built on sturdy stone and wooden piers – a design that was created as a solution to the river’s strong currents and flooding problem. It was first built in 1673 and has undergone multiple times of repair and rebuilding over the periods. It was declared a national treasure in 1922. 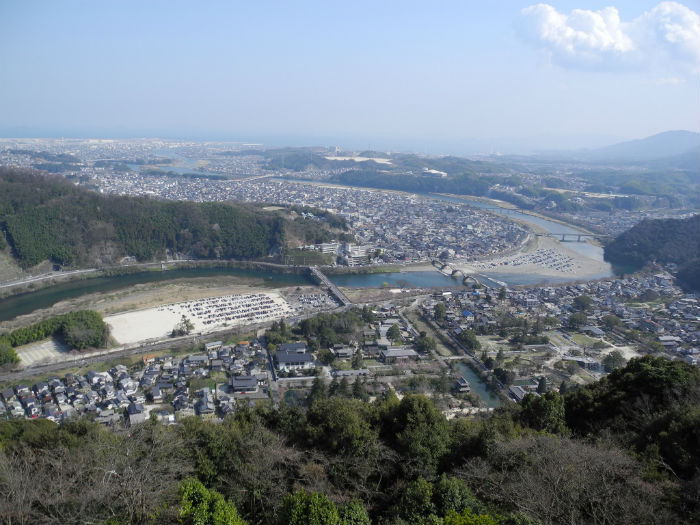 While you’re here, don’t forget to visit the nearby Iwakuni Castle 岩国城. In fact, Kintaikyo Bridge was originally built as the bridge to the castle’s main gate. Sitting high on a hill, the castle was actually a replica of the original which was completed in 1608 but demolished seven years later. Inside the castle, there is a museum and an observation deck on the top floor – where you can enjoy a panoramic view over the city.

To get to the Iwakuni Castle, you could either take the bus or ropeway from the Peak Station, which is at the foot of Shiroyama.

Access: 20 minutes by bus from the Iwakuni Station 岩国駅 on the JR Sanyo Main Line.

4. Enjoy an excursion to Tsunoshima Island 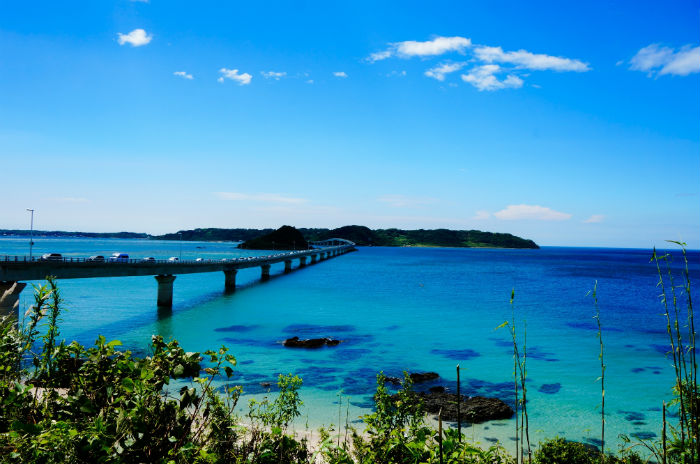 Situated in the Sea of Japan, Tsunoshima 角島 is a small island in Shimonoseki that boasts one of the finest ocean views in Japan. The island’s most prominent icon is the 1,780-metre Tsunoshima Bridge which connects the island with the Honshu region, though the Tsunoshima Lighthouse on the island’s northwest corner. This lighthouse was first lit in 1876 and is also popular sightseeing spot.

Featuring pristine white sand beaches and cobalt blue water that varies its colour according to the amount of sunlight, Tsunoshima has been a popular location for commercials, films, and television shows. A scenic drive to the island via the bridge is one of the best experiences you can have in the area, but you could also opt to take a bus or cycle down the bridge to the island.

Access: 15 minutes by bus from the Kottoi Station 特牛駅 on the JR Sanin Main Line. 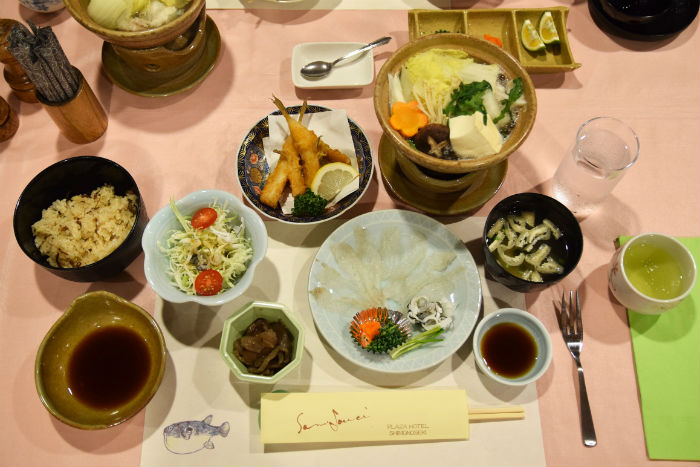 Known as blowfish or pufferfish in English, fugu is known to be poisonous and lethal if ill-prepared. Despite this, it is very popular and expensive in Japan. If you are tempted to try it, Shimonoseki – the capital of pufferfish with the largest harvest of pufferfish in Japan – is perhaps the best place to do it. Karato Market is a wholesale market with stalls selling various seafood and local produce, and there are eateries offering fugu dishes from sashimi, miso soup, to tempura. It is among the places to taste the prized delicacy as well as other local fares.

There are 5 more activities you could do in Yamaguchi. Want to find out more? Stay tuned for Part 2.